2020 was the kind of year that is better off forgetting. It started off well, but then the pandemic hit and went downhill from there. We had floods that forced us to seek a solution that works (so far so good!), then hip surgery, which thankfully was successful. In November, my mom fell ill and passed away, which was a heavy, if not unexpected blow.  The holidays were quiet as we all stayed home. But among the sadness and pain, there were some positive developments.  Let's look at the highlights. 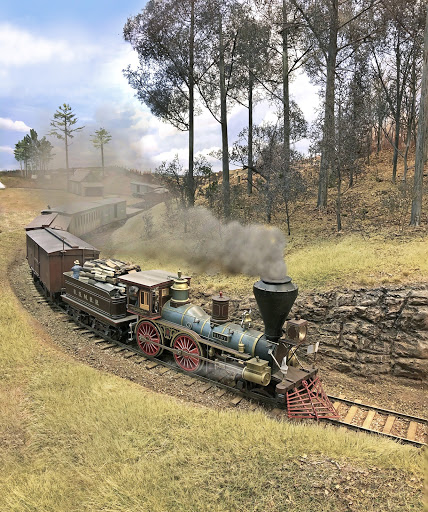 I started the expansion of the Aquia Line into the TV room. The initial section, the Belle Air  farm and Division HQ scene, came out nice, and the new track arrangement operates  much better than the previous one.

I presented two talks about model railroading to groups that are not traditional model railroaders. One was a 6 minute Pecha Kucha talk,  and the other a longer, more detailed talk on civil war era railroads to the Union League of Philadelphia. I also received an encouraging note from a 6th grade social studies class in Wilmington, Delaware that were inspired by my blog to build a portable model railroad of the construction of the Panama Canal. That was great news.

In April I officially became a NMRA Master Model Railroader. Beyond that, I checked off two retirement bucket list items, learning how to do 3-D drafting/ making a 3-D print. I am still a neophyte in both areas, but I am well on the way to learning more and getting better results.  Armed with those skills and inspired by Eric Gate's HO scratch build, I also started scratch building a locomotive, another one of my retirement bucket list items.

A few days ago I ripped all the plywood I need to finish the layout expansion. Hopefully, the next few months will see the gandy dancers laying track to the new sections. At some point I have to decide if I want to keep Aquia Landing as is, or do the more radical expansion. We'll see how the situation evolves.  I am due to write an article about it with a deadline approaching, so I need to decide soon. 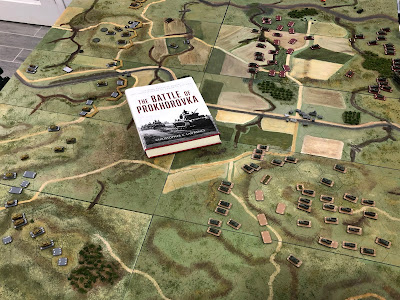 In between the train projects, I have been doing a lot of other non-model railroader related things. So I have not been idle.

I have been doing some woodworking projects, working on getting my  "History of Porsche Racing" display built, and some wargaming. With regard to the latter, I am working on a battle board for a new game based on the battles on the Eastern front between the Soviets and the Germans.  The idea of those battle boards is that they will stack up and store in a very small volume. The game scale is smaller, so less room is needed compared to the larger scale gaming I had been doing. So, there has been a lot of stuff going on.

2021 will mark my 13th year of blogging. Thanks for sticking with me.

The Lombard Steam Log Hauler became the first successful commercial application of track propulsion which was later adopted for military use as well as agricultural tractors.

Alvin Lombard eventually built 83 of these 10 to 30 ton saddle-tank locomotives with a platform in the front for steering. They were meant to haul sleds piled with logs with a top speed 4-5 miles per hour in snow conditions. This one seen here was modified with a with wheels to allow operation in non winter conditions.

Let us know if you have ever seen this classic in action. We would love to hear about your experience!

Where do you store all of your locomotives?!

As a result of supply and demand and precision controlled railroading, these locomotives sit idle waiting for train orders in Wyoming and Nebraska. Or perhaps waiting for scrap yard.

Imagine the total horsepower and dollar investment represented here with all these idle locomotives.

Locomotive operation and utilization has been boiled down to a science with remote sensor controls and central monitoring.

Gone are the days when a locomotive breaks down without some remote computer already assessing the problem ahead of time. Repairs periods are kept to a minimum which could be one of the reasons these locomotives sit idle and ready for orders.

Let us know if you have seen one of these “parking Lots”. We would love to hear about your experience!

Built between 1881 and 1882, The Durango and Silverton Narrow Gauge Railroad is the oldest continuously operating steam engine line in the United States!

If you’ve ever taken a ride on the Durango & Silverton or a train like this let us know in the comments below! Would love to hear your experience on this classic piece of history!